“I meant only the best” 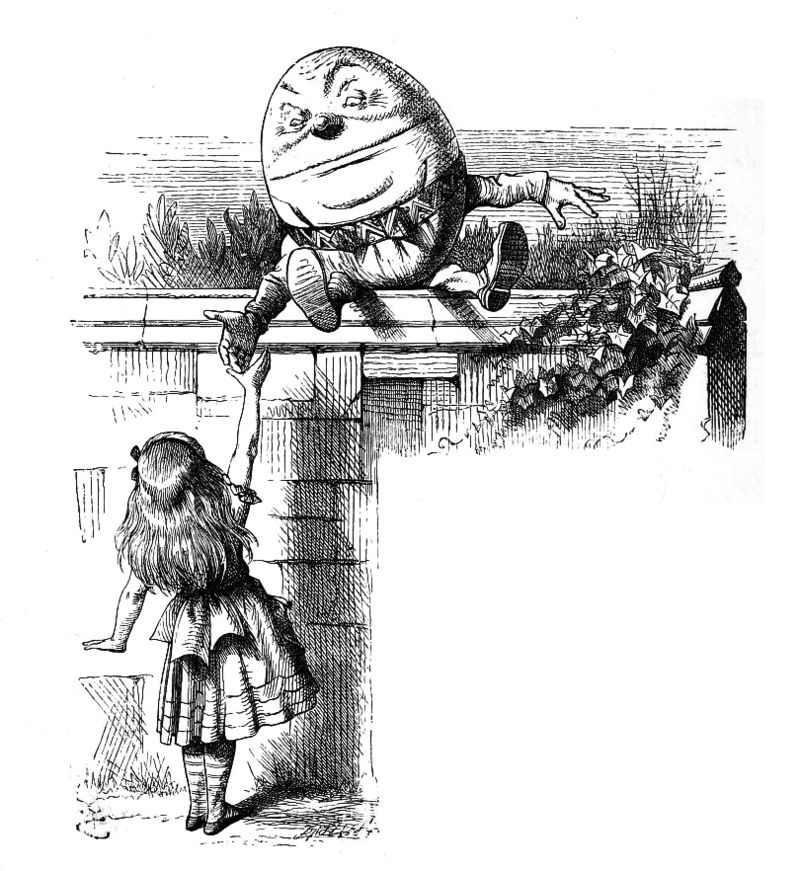 Some things endure. Lewis Carroll could write in 1872:

Humpty Dumpty smiled contemptuously. “Of course you don’t—till I tell you. I meant ‘there’s a nice knock-down argument for you!’ ”

“When I use a word,” Humpty Dumpty said, in rather a scornful tone, “it means just what I choose it to mean—neither more nor less.”

“The question is,” said Alice, “whether you can make words mean so
many different things.”

“The question is,” said Humpty Dumpty, “which is to be master—that’s all.”

The IDA wanted to buy a farm and historic house beside the Intel factory in Maynooth. The farmer did not wish to sell. The IDA decided to make him sell.

In the High Court the judge could see nothing wrong with this plan. (This is not unreasonable; the right to private property cannot be an absolute right).

One of the issues in the case was an allegation of bias on the part of the Defendant IDA. The High court was not receptive to this or the Plaintiff’s other objections;

It seems to me that, weighing these two cases in the balance, this Court is driven tothe conclusion that the national interest must outweigh the individual. The need, never greater, to increase employment and generate business demands that many sacrifices be made. Here the burden falls heavily on one party and the Court must and does have sympathy with him. However, the examination of the proportionality of the compulsory acquisition of these lands must conclude that it is proportionate to the objective sought taking into account the applicant’s undoubted property rights and his rights under Article 8 of the Convention.

The Supreme Court thought differently to the High court as seen HERE. On the issue of bias it found:

72. The test for this class of objection is now well established: in short, it is the reasonable suspicion or the reasonable apprehension test: whilst the latter description has been preferred in Bula Limited v. Tara Mines Limited (No.6) [2004] I.R. 412 (“Bula (No.6)”), both terms continue to be used interchangeably. No longer is there any real suggestion that the once alternative approach, namely a real likelihood of bias, should be considered. The test now to be applied is centrally rooted on the necessity of establishing and maintaining the confidence of the public in the integrity of public administration generally. Thus, the prism through which the issue must be considered is that of a reasonable observer’s perception of what happened: therefore as has been said on numerous occasions what the parties, the witnesses or even us judges think, is not decisive. It is what the reasonable person’s view is, albeit a person well informed of the essential background and particular circumstances, of the individual case.