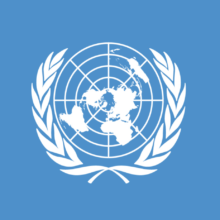 Urgent questions for the Data Protection Commission. A) Do you know that the United Nations Human Rights Council has deplored the failures of “Facebook” in connection with the facilitation of genocide by the Myanmar military in Rakhine district in Myanmar? B) Do you not know that, under international criminal law, the commander of a military force is, in principal, responsible for the crimes of his forces? C) Do you know that General Min Aung Hlaing, the commander of the Myanmar […]

War in Syria is Illegal

The people of France are in a difficult position. They, and others, are the victims of crime. Confusingly, President Hollande has declared in response that France is at war. This is confusing because France has no intention of “declaring” war on any other state (currently). The problem comes from the careless use of the term “war”. War is illegal, in principle, unless resorted to in self-defence. France signed the Kellogg-Briand pact of 1928 to that effect and later signed and […] 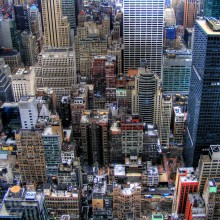 Microsoft -v- USA is an important ongoing case, currently listed for hearing in 2015 before the US Federal Court of Appeal of the 2nd Circuit. You can read about why this case is significant for Microsoft on their official blog. However, as the case centres around the means by which NY law enforcement are seeking to access data of an email account which resides in Dublin, it is also crucially significant to Ireland and the rest of the EU. For […]

It would be really nice and reassuring if we could know what Ireland’s foreign policy is on some important matters. Recently, I heard the minister for Foreign Affairs and Trade on the radio; he asserted he was working very long hours and working hard. He said it was a privilege. I was immediately concerned. The assessment of his work is not his to make; it is ours. He should, instead have reported on the issues, not on his workload. With […]

This post concerns a matter returnable before the Irish High Court on 8th April 2013. A company named The Harley Medical Group (Ireland) Ltd. has applied to the court for an order compulsorily winding up the company. McGarr Solicitors, by order of the court, has been made a notice party to the application and has received copies of the application with its grounding affidavit and exhibits. We are notice parties because we act for a number of women fitted in […]

Current events bring to mind an occasion from the past. In 1503, Pope Alexander VI died. Then, (no more than now), the provisions for inquests were absent from Papal affairs. Significantly, however, the Pope and his son, Cesare Borgia each fell ill after a meal given by the Pope to entertain Cardinal Adriano da Corneto. Because each had fallen ill and, presumably, because the Pope had controlled the circumstances of the meal there grew a belief that the Pope’s attempt […]

Holiday Injuries; is it a Package Holiday?

That means that injuries from food poisoning, or road accidents caused by the negligence of drivers or mechanics are all suitable to be litigated under the 1995 Act, conditional on those services causing the injury being part of the “obligations under the contract”.

A passport is a very odd document. It does not belong to the bearer. It grew from a “letter of introduction” to its present form. It is a request from the home state of the traveller to the state or states to which the traveller is going, to accord the traveller respect and not to infringe his/her rights. As an instance of this Giovanni Belzoni, an Italian strongman (literally), in 1815 procured a letter from the British consul in Naples to […]