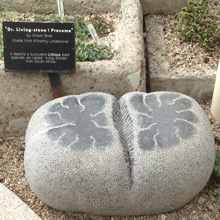 The Oxford Dictionary indicates that “presume”, as used by Stanley, conveys he is supposing that something is the case on the basis of probability. On his own account, he was being absurdly careful. As Stanley well knew, white men in that location at that time were unknown. So, of course, the man he was meeting was probably Livingstone. However, immediately before he met him, in the native village, he had been reliably and explicitly informed that Livingstone was there. So, a “presumption” was in order only to cater for the possibility that there was more than one white man living or staying in the village. So, why did he not say “Dr. Livingstone, I infer?”

An inference, according to the Oxford Dictionary, is;

“A conclusion reached on the basis of evidence and reasoning”

Stanley had just received the information that Livingstone was in the village and knew of the improbability of more than one white man being in the village.

We need to know this to understand what is contained in Sections 28, 29, 30 and 31 of the Criminal Justice Act 2007. These sections allow a court to draw adverse inferences from an accused person’s failure during questioning to give an explanation for, inter alia, objects or marks found on his/her person or clothing, or for his/her presence in a certain location at the time an offence was committed.

The sections seem innocent of the knowledge that “drawing adverse inferences” is what detectives do, and are expected to do, in the ordinary course of their work. A detective, we hope, looks for clues about what has happened and who is responsible for what has happened. That mental activity leads to the discovery and isolation of evidence. That evidence, subject to correct reasoning, allows the conclusion upon which the detective will act. If the detective is able to act, his/her action will be adverse to the interests of the suspect. A detective does not need provisions as found in the Criminal Justice Act 2007 to do his/her work.

So what is really going on in Sections 28, 29, 30 and 31 of the Criminal Justice Act 2007? Section 30 reveals it; it allows a court to…draw an adverse inference from an accused person’s failure to mention during questioning a fact that s/he later relies on in his/her defence. The focus is on the failure of the accused to exculpate himself.

The Sections have very little to do with “inferences”.

The Sections are all about shifting the burden of proof in a criminal trial. Every person accused of an offence is, it is claimed, presumed to be innocent. Except when they must prove their innocence. That’s what Sections 28, 29, 30 and 31 of the Criminal Justice Act 2007 require of an accused. Alternatively, they change the obligation of the prosecution to prove something beyond a reasonable doubt, to proving it on the balance of probabilities.

A further alternative is even worse; they permit the making of adverse assumptions by a court

An assumption, according to the Oxford Dictionary, is;

“A thing that is accepted as true or as certain to happen, without proof…”

“…which the member reasonably believes may be attributable to the participation of the accused in the commission of the offence and the member informed the accused that he or she so believes, and the accused failed or refused to give an account, being an account which in the circumstances at the time clearly called for an explanation from him or her when so questioned, charged or informed, as the case may be, then, the court, in determining whether a charge should be dismissed under Part IA of the Criminal Procedure Act 1967 or whether there is a case to answer and the court (or, subject to the judge’s directions, the jury) in determining whether the accused is guilty of the offence charged (or of any other offence of which he or she could lawfully be convicted on that charge) may draw such inferences from the failure or refusal as appear proper…”

This is very poor English.

Likewise, it is poor English to say something is an inference, when it is an assumption.