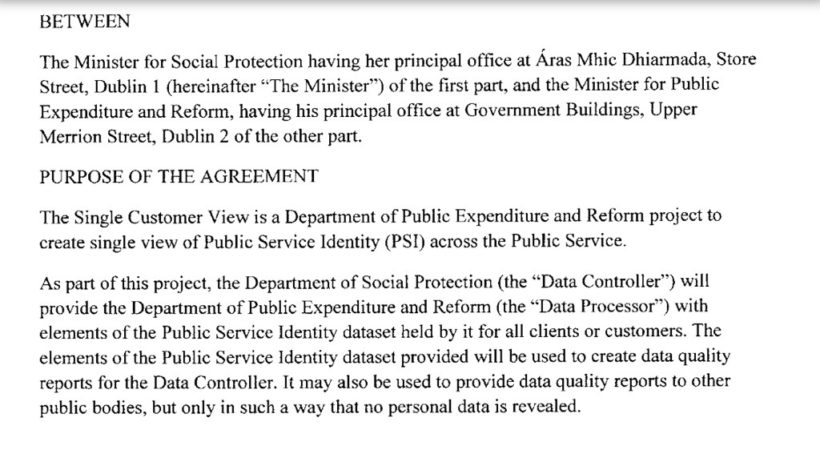 It’s a requirement that public bodies sharing personal data, and relying on the provisions of the Social Welfare Consolidation Act 2005 to do so, have an agreement in place first.

I wrote in 2014 about the (eventually)  fatal consequences for Irish Water’s attempts to rely on the 2005 Act in the absence of that Ministerial agreement. (It was illegal, and the hundreds of thousands of PPSN records Irish Water collected were subsequently scrapped.)

So, having read through a good deal of documentation on the Public Services Card, I knew that the Department of Social Protection were claiming that they were the Data Controller for the National biometric ID Database which the Card is linked to.

Despite this, for reasons the Dept has chosen to never explain (I could hazard a guess) they have passed the storage and management of that database to the Department of Public Expenditure and Reform.

So I FOI’d the Agreement which underpins that relationship.

You can read it yourself below.

There are striking things about this 2014 document, but one thing stands out above them all.

Leaving us with the entire PSC Database lacking the underpinning of a completed Agreement between the relevant Ministers.

(Oh, and unless it was renewed before 17th February 2016 the Agreement, insofar as there may have ever been one, has lapsed. 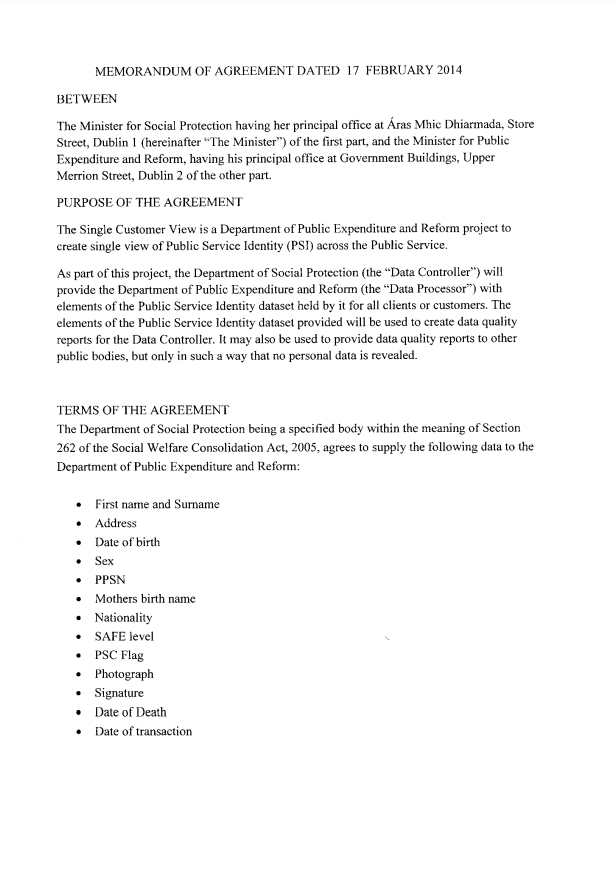 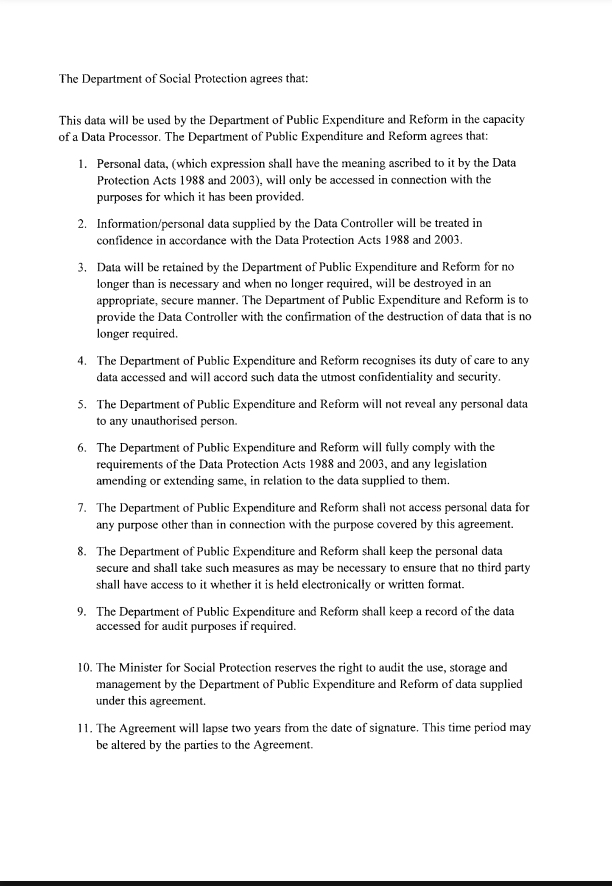 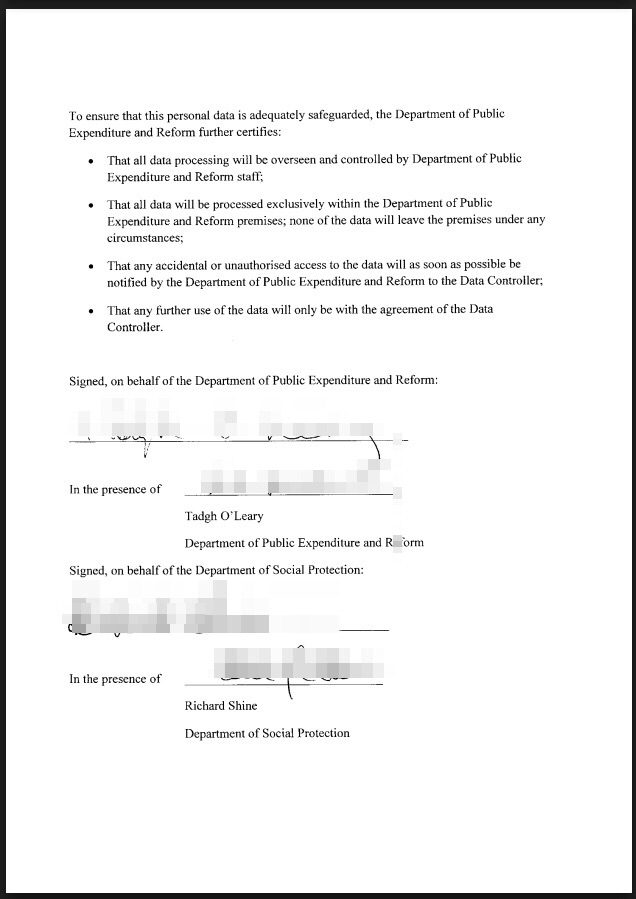