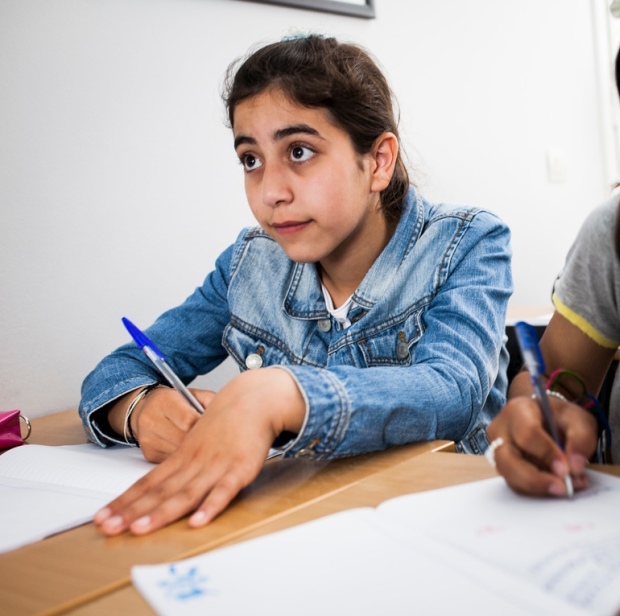 McGarr Solicitors is acting for a number of Syrian refugees being held in Greece including Ensaf, 13, and her father Bashar. They are challenging the decisions of the European Council that have led to them being kept apart from Ensaf’s mother Layali and her brother Riyad, 15, now safely resettled in Germany.

Last year their home in Syria was bombed, and the family’s priority was to use what little money they could scrape together to get their deeply traumatised son out of Syria. Layali and Riyad went ahead, and Ensaf and Bashar waited in Syria while Bashar recovered from a head injury from the bombing.

But the day Ensaf and Bashar arrived in Greece by rubber dingy was the 20th of March- the first day the EU-Turkey Agreement was implemented, mandating that “All new irregular migrants crossing from Turkey to the Greek islands as of 20 March 2016 will be returned to Turkey.” As a direct result of the decisions taken by the Taoiseach and the other members of the European Council unanimously voting for the EU-Turkey Agreement, Ensaf and Bashar are still stuck in Greece, waiting in an administrative limbo where they are unable to access their legal right to reunite with their waiting family in Germany.

The EU was conceived in the midst of the greatest refugee crisis in European history. The 1948 Universal Declaration of Human Rights guarantees a ‘… right to seek and to enjoy in other countries asylum from persecution’ and in 1951 the Geneva Convention defined refugees’ specific rights, including the right not to be forcibly returned to countries they have fled.

This case is being brought on behalf of familes in two different countries. But clearing the blockages to their reunification has the potential to bring resolution and reunifcation to many of the families similarly victimised, separated and trapped by the arbitrary actions arising from the unlawful EU-Turkey Agreement in European camps.

All of which is the sort of thing you’d expect to read about on a solicitor’s website, but doesn’t carry the emotional weight of listening to one 13 year old girl and her mother who just want to be together again.