Do even Intelligence Reports have to pass into history eventually?

Sometimes looking at these files, you can understand that it would be a bad decision to release them.

In particular, the files from An Garda Síochána are going to contain sensitive material. And, files containing Criminal Intelligence Reports (presumably, though I’m no expert, including data from informers) must surely be some of the most sensitive.

The National Archives Act allows that a file can hold both sensitive and non-sensitive historical records and, for a S8(4) certificate to issue, the certifying officers affirm that file can’t be made public “in whole or in part”.

What can we make of a series of Certificates granted in respect of Criminal Intelligence Reports files which all run from 1922 to the mid-1980s?

Should information and records which were created 92 years earlier- about people who would all now be into their second century if still alive- really be treated the same as records created a scant 30 years ago?

Perhaps they should. I don’t have access to the records. And perhaps there is an argument that such records ought not be captured by the National Archives Act at all. Perhaps no amount of time can pass before revealing the content would not be “contrary to the public interest”, a “breach of good faith” and “might cause distress or danger to living persons”.

If so, there is an argument for an amendment to the Act to exempt them. But, on the other hand, is it right that historians should never know the contents of those files?

The Oireachtas included the files within the ambit of its legislation. Presumably, it was intended that some day they should pass into history.

The question is, how long is long enough? 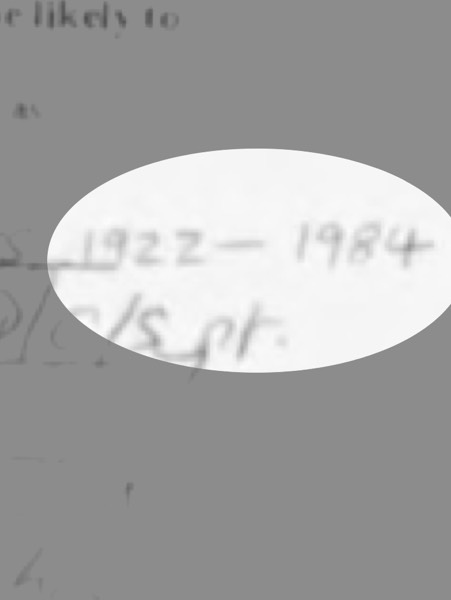 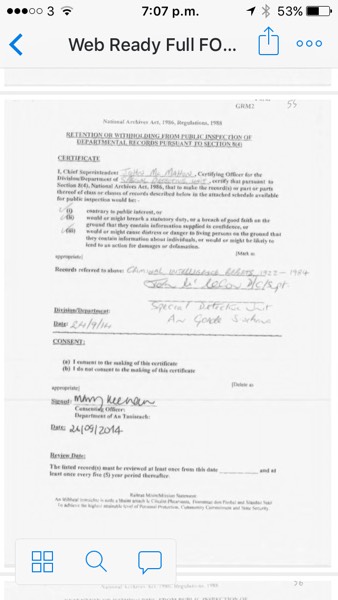