These are all secret ditches. Stop looking at them.

Part of the reason I asked for these files was because I was curious as to how reflexively the state would want to keep things secret. The thirty year rule was set so that we could understand our own recent history and historians could, in future, make sense of the broader narrative of the State’s development.

In a way, from my small 4-year sample, there’s an indication that, at least when it comes to historical documents, most departments aren’t trying to avoid their duties to history under the National Archives Act.

But, I was surprised to find one department had decided it simply couldn’t allow a range of files to be released- files that were, not thirty, but frequently over fifty years old.

The Department of Transport’s Airport division, for whatever reason, doesn’t think that details of (lots and lots of) contracts going back to the 1940s for the digging of ditches & the laying of wires are ready for the public gaze. 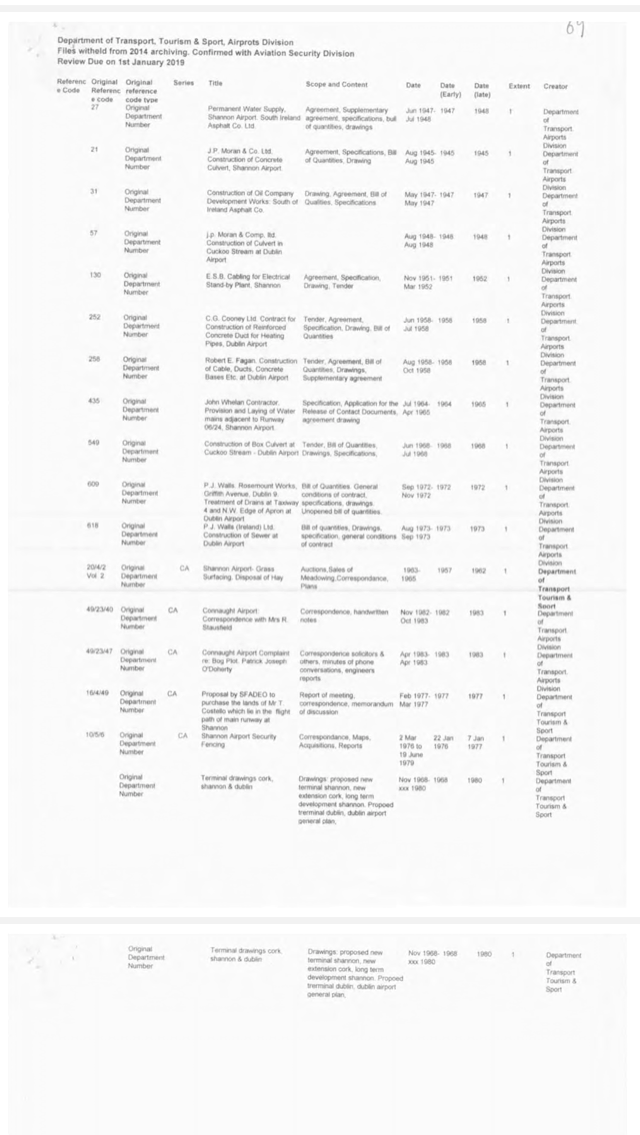