The Quirke Report: A critical analysis 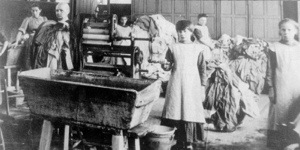 When the Government announced that they were accepting and implementing the Quirke Report on a Payment scheme for women detained in Magdalen laundries, it was presented as the end of the matter. Minister Shatter said “It also marks the culmination of a process I initiated together with Minister of State Kathleen Lynch… It reflects my promise to the women who resided and worked in the Laundries to see justice done.”

In reality, the first, and potentially most significant, matter to be clarified was exactly what the women were being offered in exchange for settling their claims against the Irish State. I refer to the payment as a settlement because that is exactly what it is – a sum of money designed to be less than that which they might receive as a result of litigation, offered without any admission of liability by the State (hence “ex gratia”) in exchange for which the women waive all their rights to litigate against the State in the future.

Leave aside whether this is the best form of scheme for the Magdalen survivors. It is possible that a scheme of this sort might be attractive to many if the sum offered in settlement meets their needs or expectations. In order to make an informed decision, the women to whom this deal is offered must know exactly what they are being asked to choose.

“How much is being offered?”

At first look, the detailed answer appears to be contained in Appendix A : Table of Payments. Here a women can match the duration of her stay in a Magdalen Laundry (to the year and month) and see how much in General and Special Damages she is being offered to settle her claim. The first thing to strike one is that General damages rise to €40,000- which is what’s offered if a woman’s detention reached 5 years and three months. After that, no matter how many decades more she was held, the General Damages are capped. They don’t go a penny over €40k.

Next comes the money offered by the State in recognition of the time spent doing forced labour without pay. This money- which can be loosely characterised as money in lieu of pay- appears on the Appendix A table to start at €1,500 for three months and rise gradually to a maximum €60,000 for women who were worked for any amount of time after ten years.

If you add the two sums together- The General Damages and Lost Income- you come up with figures that go all the way up to €100,000. That figure was repeatedly referred to by the Minister for Justice on the Launch of the Quirke Report. It sounds like a lot of money for the state to offer in settlement.

But, if I were advising anyone on whether to consider a settlement offer, I would want them to fully understand what was really on offer.

It certainly isn’t a lump sum up to €100,000, despite this inaccurate report by RTE News. In fact, though the Quirke Report is hesitant to spell it out directly in the text of the recommendation, no more than €50,000 will ever be paid out as a lump sum under this ex gratia scheme.

For women who are owed more than that, the balance is simply withheld by the state. Under the settlement proposed by the Quirke Report, the State will instead pay them a small weekly sum until the balance runs out or the women die- whichever happens first.

This is not the same as saying they receive their money in staged payments. If money really belongs to you- even money you’re receiving in staged payments- you can leave it to your children, friends or relatives. No money over €50,000 can ever be left to any loved one in a will- because the women won’t really have been given it.

If a Magdalen survivor were to die before the balance of funds owing to them has been paid out, their estate has no claim on the unpaid monies.

To assess how likely it is that this may happen, we can consider that Mr Justice Quirke says of these women

“A significant number of the Magdalen women are frail and some are very vulnerable. Many are now at an advanced age.”

In offering this settlement, the State proposes to benefit financially from the poor health of those it helped sicken.

So, that’s what’s on offer. Let’s look at the other side of the coin now.

“What is the alternative if I say no?”

Or “What may a woman be giving up if she accepts the offered payment in exchange for to waiving her rights to sue the State?”

Here the answer is more speculative. There is the risk that litigation could prove entirely unsuccessful. Page 40 of the Quirke report presents some of the ways this could come about.

“A number of obstacles may arise in the context of any claims that might be considered or initiated by the Magdalen women. These

(a) claims may be barred by the Statute of Limitations 1957;

(b) prejudicial delay may bar claims even if they come within the “disability” exception in the Statute of Limitations 1957;

(c) evidential difficulties may arise from recalling events from long ago;

(e) even assuming proof of negligence, it may be difficult to establish a causative link (causation) between any negligence and loss for which the courts would award compensation. “

They are all risk factors, certainly. But to address each in turn, to demonstrate that there is equally no certainty of failure;

(a) The Statute of Limitations can be amended by the Dáil , as it has in the past in respect of sexual abuse claims. In addition, the Statute only starts to run when you know or ought to have known the nature of a wrong done to you. As the State says it did not know until the McAleese report the extent of State involvement in the wrongs done to the women in Magdalen Laundries, how could the women be held to know?

(b) It may, but the history of institutional abuse claims suggests it probably would not.

(c) This is true of any case, taken at any time.

(d) See (c), with the additional caveat that the State has already provided the public with ample examples of its part in the Magdalen archipelago.

(e) This is simply a matter for the Plaintiff to prove- just as in any litigation. The success of any case is dependant on the evidence available.

So, leaving aside the questions of proving liability, what is the risk the State is seeking to buy off with the settlement terms set out in the Quirke Report? Or in Mr. Justice Quirke’s words

“…the payments which I am recommending are expressly required by my Terms of Reference to be “ex gratia” in nature. They are not and do not purport to comprise full and complete damages to compensate the Magdalen women for injury and loss caused by the wrongdoing of the State. Compensation payments of that kind can, in general, only be calculated and awarded after a detailed (and usually lengthy) adversarial process.”

There is no reason why an ex gratia scheme should deliberately seek to offer less than a full and complete compensation. Rather than meet that moral obligation the State is explicitly seeking to buy off the risk that it would have to pay “full and complete damages to compensate the Magdalen women for injury and loss caused by the wrongdoing of the State.”

The most recent- and most authoritative- case on the damages appropriate to compensate for wrongdoing of the State is Shortt v The Commissioner of An Garda Síochana. ( See Irish Law Report here ) Here the Supreme Court considered an appeal from the High Court by a innocent citizen who had been wrongfully imprisoned on foot of evidence fabricated by certain members of An Garda Síochana.

The Plaintiff was deprived of his liberty for 27 months.

The Supreme Court increased the damages awarded to him in “full and complete” compensation to €4,623,871.

Of that award, €2,250,000 was awarded in respect of General and Aggravated Damages.

The Chief Justice Mr. Justice Murray set out the principle to be followed in assessing any amount due under an Exemplary Damages heading.

“The amount awarded should be no more than is necessitated to convey, in this case to the State, and the public at large, the level of its disapproval in the light of the gravity of the State’s misconduct.”

These are the contours of the settlement deal on offer from the State. Mr Shortt was deprived of his liberty for 27 months and of his livelihood. His family relationships were damaged and his good name was damaged in the eyes of his community.

He was awarded €2,750,000 in General, Aggravated and Exemplary Damages. The absolute maximum sum on offer under the Quirke Report scheme from the State in General Damages is €40,000.

It will be up to every women who was deprived of her liberty in a Magdalen Laundry to decide whether the deal on offer from the state is right for her.

But it is also open to the rest of us, as citizens of the State, to say that we do not want to again shortchange these women with a fraction of what know we owe them.

Like the Supreme Court, we should be willing to express our “disapproval in the light of the gravity of the State’s misconduct.”