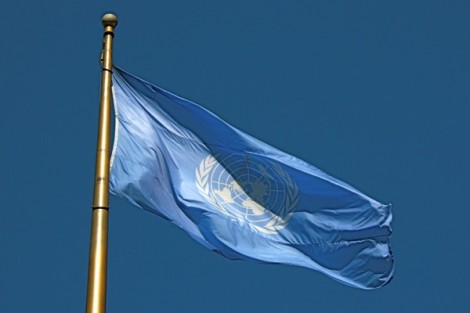 Below is an extract from a letter from the United Nations Office of the High Commissioner for Human Rights to the Irish government addressing the government’s responses to the Magdalen Laundries scandal. The letter is dated 22nd May 2013 and can be read in its entirety on the UN’s website at this link. Emphasis added.

However, the Committee also notes that while the inquiry conducted by the McAleese Committee had a broad mandate “to establish the facts of State involvement with the Magdalene laundries,” it lacked many elements of a prompt, independent and thorough investigation, as recommended by the Committee in its Concluding Observations. Specifically, the Committee has received information from several sources highlighting that the McAleese Report, despite its length and detail, did not conduct a fully independent investigation into allegations of arbitrary detention, forced labour or ill-treatment. While noting the State party’s Response explained that individuals and groups were encouraged to report any evidence of criminal wrongdoing directly, the Committee also received information that the State party was presented with extensive survivor testimony in the form of reports by Justice For Magdalenes and was aware of the existence of possible criminal wrongdoings, including physical and psychological abuse.

With these factors in mind, the Committee would appreciate further information as to the measures the State party is planning to take to ensure that there is a full inquiry into all complaints of abuse, in accordance with the Committee’s original recommendation? Please clarify whether the State party intends to set up an inquiry body that is independant, with definite terms of reference, and statutory powers to compel evidence, and retain evidence obtained from relevant religious bodies? Would such an inquiry be empowered with the capacity to hold public hearings or obtain access to evidence for survivors or representative groups? Would such an inquiry have the authority to conduct a full-scale investigation into the abuses, and issue a public invitation to submit evidence? Given the nature and duration of institutionalized abuse as well as the advanced age (and possible geographical remoteness) of some survivors, what steps does the State party intend to encourage survivors to lodge complaints?

On the issue of redress for survivors of the Magdalene Laundries, please clarify how the State party intends to ensure that the proposed fund to assist victims and survivors will in fact be primarily used to help such persons, as it has been publicly stated it would try to do, rather than being used to cover legal or administrative costs? What measures are being put in place to help institutionalized survivors to engage with the redress processes?

As regards the law commission investigation established following the McAleese report, and headed by President of the Irish Law Reform Commission, Mr. Justice John Quirke, the Committee understands that he was charged with investigating and reporting back to government with recommendations within three months from 19th February 2013 as to the “establishment of an ex gratia Scheme (to operate on a non-adversarial basis)” for survivors of the Magdalene Laundries, and to make recommendations as to the criteria that should be applied in assessing the help that the government can provide in the areas of payments and other supports, including medical cards, psychological and counselling services and other welfare needs. The committee is concerned that his work in [is] premised on the incomplete investigations carried out by the McAleese Committee. In this regard, the Committee looks forward to leaning of the results of his investigation. Please also clarify whether the Quirke investigation process will have independent statutory powers, be transparent and also subject to an appeals process and independently monitored.