I’m sorry, I can’t tell you about the weather. It’s a secret. 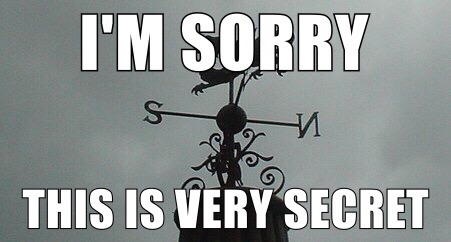 Dealing with these files sometimes throws up questions of balance. After all, you can see why personal data relating to job inquiries or sometimes even sensitive family matters such as adoptions shouldn’t be released heedlessly into the public domain.

But in 2013 the Department of Foreign Affairs decided that file 250/1048, containing “Meteorological Data” covering the years 1953-1981 should be kept secret. The Certificate cites Section 8(4)(a) which requires that the file being withheld shouldn’t be released because it

(a) would be contrary to the public interest,

How this relates to the weather reports from the middle of the last century, and why the Dept of Foreign Affairs kept such a file remains, of course, a mystery.