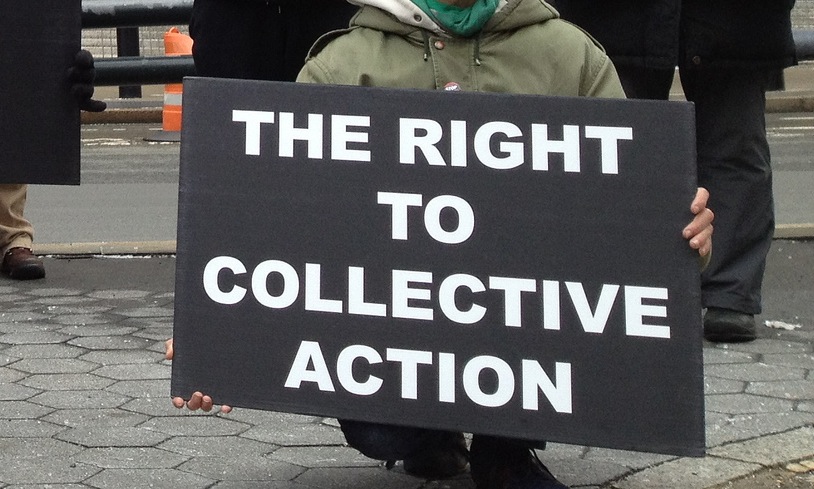 Britain and Ireland share many things, not least the weather.

We share an approach to legal proceedings so, possibly, Ireland will follow the UK into a new form of legal proceedings, known as “collective action mechanisms”, “representative court actions“ or “class actions”.

The UK experimented with consumer “opt-in” representative court action. That failed; it was used once.

Now, the UK is proposing to introduce “opt-out” representative court actions for consumers. If it works for consumers its attractions may spread it elsewhere.

See the 7th Schedule of the UK draft Consumer Rights bill for details.

DO YOU WANT TO KNOW MORE?

The “more” is not a fantasy parliamentary debate. It’s this; the proposal is an effort to move from the parliament. The draft Consumer Rights bill is trying to give an effective remedy to the mass of people. It is very limited in its objectives but it implies that people can act collectively other than through the political system. This also has an implication; all law is value-laden.

ALL LAW IS VALUE-LADEN

That all law is value-laden is true but is obscured by modern references to “legal services” and an emphasis on the contractual elements in the relationship between lawyers and their clients.

Most personal clients of lawyers do not think of the relationship as being contractual, just as that element rarely crosses their mind when talking to their doctor. They think, in litigation, of their lawyer as a “champion” who will fight for them. Even in the buying of a house they think their lawyer will make every effort to ensure that the title to the house is good, pushing the seller to make it good if it is not.

Clients think that this aspect of the relationship is the most important.

Not surprisingly, politicians think the same. When they get into government they do not wish to be compelled to hire lawyers on the basis of “competitiveness”. They do not want to hire the “best” lawyer or the “cheapest” lawyer. They want “their” lawyer. To do this they have excluded the purchase of “legal services” from the obligation to spend public money and promote business on competition grounds. (They put the services out to tender sometimes but they are not open to challenge if they then select the lawyer that they wanted in the first place).

In circumstances like this, “legal services” is a misnomer. This is representation. This is the advancement of the interests of the client in a way the client would do, if the client personally could.

In this field of legal representation, the word “academic” hardly fits comfortably. Sometimes that term is pejorative; it refers to university teachers who aim to be analytical and thorough but not popular.

Useful and popular lawyers are dubious. Indeed, these are not measures of quality at all. The “academic” feels vindicated if they are not thought of as “useful”. They look to their “peers” for validation.

This is a rejection of the idea that law is value-laden. When they do this they ignore what ordinary people and politicians think the purpose of law is.